Understanding the Neuroscience of Attachment Theory

In this article we will look at the mechanism by which the early relational models of attachment theory are held within us, and how they are stored. We now know from neuroscience research that we have two distinct kinds of memory, namely implicit and explicit. Primary of concern in the neuroscience of attachment theory is implicit memory.  This is because it is generally accepted that for at least the first eighteen to thirty six months of our lives, we only have implicit memory.

Implicit memories do not then have a specific place in the timeline of our personal history and are not subject to conscious recall. Rather they operate in six interwoven domains, perception, emotion, bodily sensation, behavior, mental models and priming. I will assume the first four are readily understood.

Mental models are formed as generalizations from the experience of repeated events. So, as a child, if my repeated cries for attention do not result in attention because my mother is operating on a belief that giving crying babies attention ‘spoils’ them, I may create a relational model that my needs for attention are unimportant. When this persists, that belief may be further personalized to, “I am unimportant”.

Priming follows this in creating the expectation of disappointment when a need for attention arises. Our implicit models contribute to many of our inclinations and beliefs. They can manifest as our felt sense, physical sensations, emotional and behavioral reactions and responses. They are effectively invisible to us and we do not perceive their influence.

The limbic brain, often referred to as the mammalian brain, is the second part in the triune brain model. It is common to a wide range of modern vertebrates, not exclusively mammals, and is associated with such social behaviours as nurturing and mutual reciprocity among others. On a neurological level, it is the limbic brain that is learning and modeling relationship blueprints from our earliest attachment relationships.

This learning is implicit and non-cognitive. It takes place in the degrees of attention and attunement of the mother towards the infant. The nature of these, often wordless interactions, or their lack, are molding the emotional brain of the infant and patterning the neural core of the self. As attachment theory demonstrates, this patterning is invariably passed from one generation to the next.

Our emotional minds are forged within the attachment dynamics of parental and familial relationships. Our limbic mental models operate according to the earliest meanings absorbed in that formative environment. As children, we store and build upon these early limbic relational models, with no knowledge that we are doing this or how we are influenced by them.

These limbic models equip us with the intuitions that relationships feel like this, follow this structure. As adults, we find ourselves irresistibly drawn to others who match and sync with this invisible limbic blueprint of relationship, and our attachment system kicks into action and can plunge us into our subliminal version of being in love.

From the neurological view, psychotherapy can change people because one person can directly influence the limbic brain of another. Therapy is an opportunity to remake the hidden limiting intuitions of limbic imprinting, with functional ones. It is the living embodiment of limbic process. These limbic operations provide, therapy with its transformative power, because it takes a new limbic connection to revise an established limbic neural pattern laid down in childhood.

Therapy is capable of doing many things. It can offer a healthier example of what being in an intimate relationship can be. It can facilitate developing the capacity to reflect on our feelings, thoughts, and patterns of our behavior from perspectives we didn’t previously inhabit. It can create some degree of secure attachment experience that was absent as a child. It can be a secure base in which it’s possible to face some challenging facts about how we do operate in relationship. It can offer a compassionate and non-judging space for defended feelings such as shame to be acknowledged and held.

We do not really learn emotional transformation, rather we absorb the ability in the presence of a proficient external modulator, and we do this implicitly. Limbic understanding is transmitted from one mind to the other across the relational field. In this way, the recipient experiences a gradual growth of new capacity spontaneously over time. Thus, transformation quietly germinates, becoming a natural part of the self. Therapies most ambitious aim is rewriting the neural code that directs our emotional life, one session at a time. 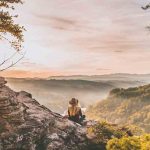 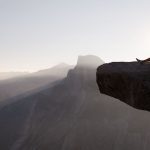 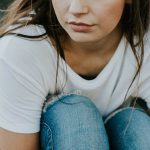 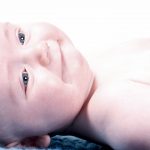